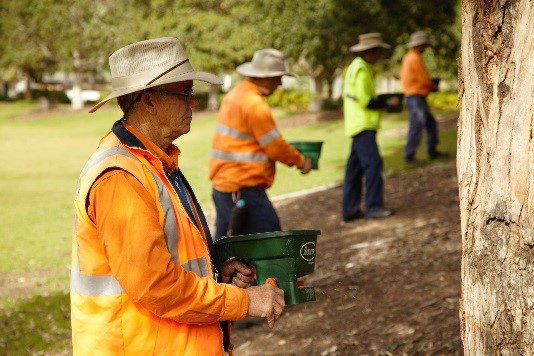 The National Red Imported Fire Ant Eradication Program formally commenced in September 2001, building on an emergency response after the discovery of fire ants in February 2001. The program is nationally funded by all Australian states and territories as well as the Commonwealth Government. It is the largest global eradication project ever undertaken.

The program aims to eradicate this exotic pest, based on expertise shared by international specialists in this field, the program is discovering patterns of ant activity and developing new ways of beating the ants as new challenges arise. The combined investment of the Commonwealth, states and territories has contained the spread of fire ants to less than five per cent of what it could have been.

A 10-year eradication plan is underway, under the guidance of an independently-chaired steering committee.

The program’s eradication efforts are currently focussed on the west of the infestation in the Lockyer Valley, Scenic Rim and parts of Ipswich.

Strategies are also in place to stop fire ants from spreading further, including containing them around the fringe of the infestation and suppressing ant populations in other areas, until eradication treatment can be delivered across South East Queensland.

Fire ant biosecurity zones restrict the movement of materials that may carry fire ants within, across and outside zones.

As well as scientific and operational innovations and effort, community support is crucial in the fight to eliminate fire ants from Australia. The support from the South East Queensland community has been vital in reducing the number of fire ants and we urge all community members to continue to be on the lookout for fire ants.

Please call 13 25 23 to report any suspicious ant activity or visit our online portal.

Quick facts about the eradication program 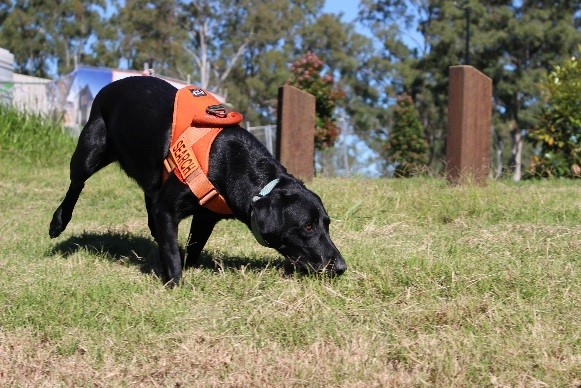 Surveillance for fire ants is undertaken by field officers and odour detection dogs on the ground and by helicopters using remote sensing technology from the air.

Odour detection dogs can find fire ant nests in difficult terrain and can sniff out one solitary ant. The dogs can find nests not visible to the human eye and can detect the foraging pheromone from up to 40m away. Our use of these dogs is a world first.

Fire ant nests are treated by a direct nest injection of chemicals and is carried out by qualified pest management technicians. The process involves spearing a rod into the ground around the nest and flooding the nest and tunnels with insecticide. The nest is also lightly showered with the liquid treatment.

The surrounding area is bait treated which involves spreading small pieces of corn soaked with an insect growth regulator across backyards and garden areas as well as parklands and paddocks. The insect growth regulator leads to the sterilisation of the fire ant colony's queen when eaten. The colony will then die-out over a period of weeks. Repeated bait treatment leads to the eradication of fire ants in the treatment area.

Properties within the treatment area that are larger than 5 hectares, may be suitable to be treated by helicopter. Treating by helicopter is quick and easy particularly in areas that can't be reached on foot or by vehicle. The helicopter flies 15m above the ground when releasing the bait. The bait is spread over vegetated areas, leaving a buffer of 40-100m around houses, water tanks and other structures.

The treatment only affects insects and does not harm people, animals or the environment. A person or animal would need to eat at least his or her own body weight of bait within 24 hours for any likelihood of sickness. Only very small quantities of bait (one teaspoon per 10m3) are used. The bait is formulated to be attractive to fire ants, with other insects unlikely to take it up. The chemicals used break down quickly in sunlight and contains less than 1% active chemical.