The length frequency of pearl perch retained by the commercial and recreational sectors in 2012 (excludes fish caught on charter boats).
© Queensland Government 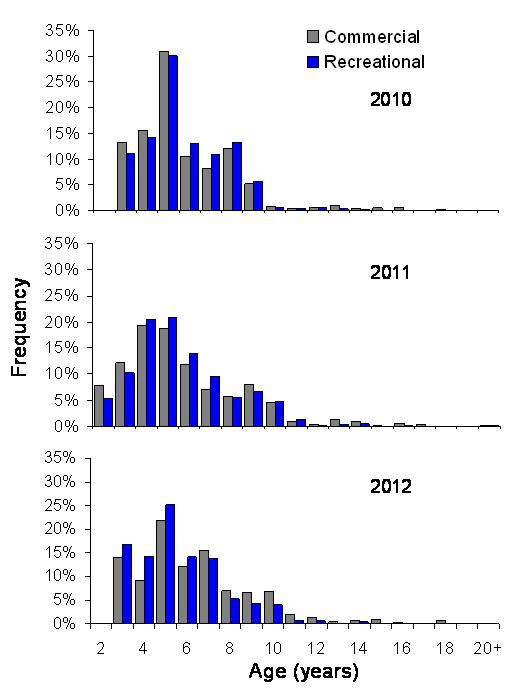 The age frequency of pearl perch retained by the commercial and recreational sectors for the years 2010 – 2012 (excludes fish caught on charter boats).
© Queensland Government